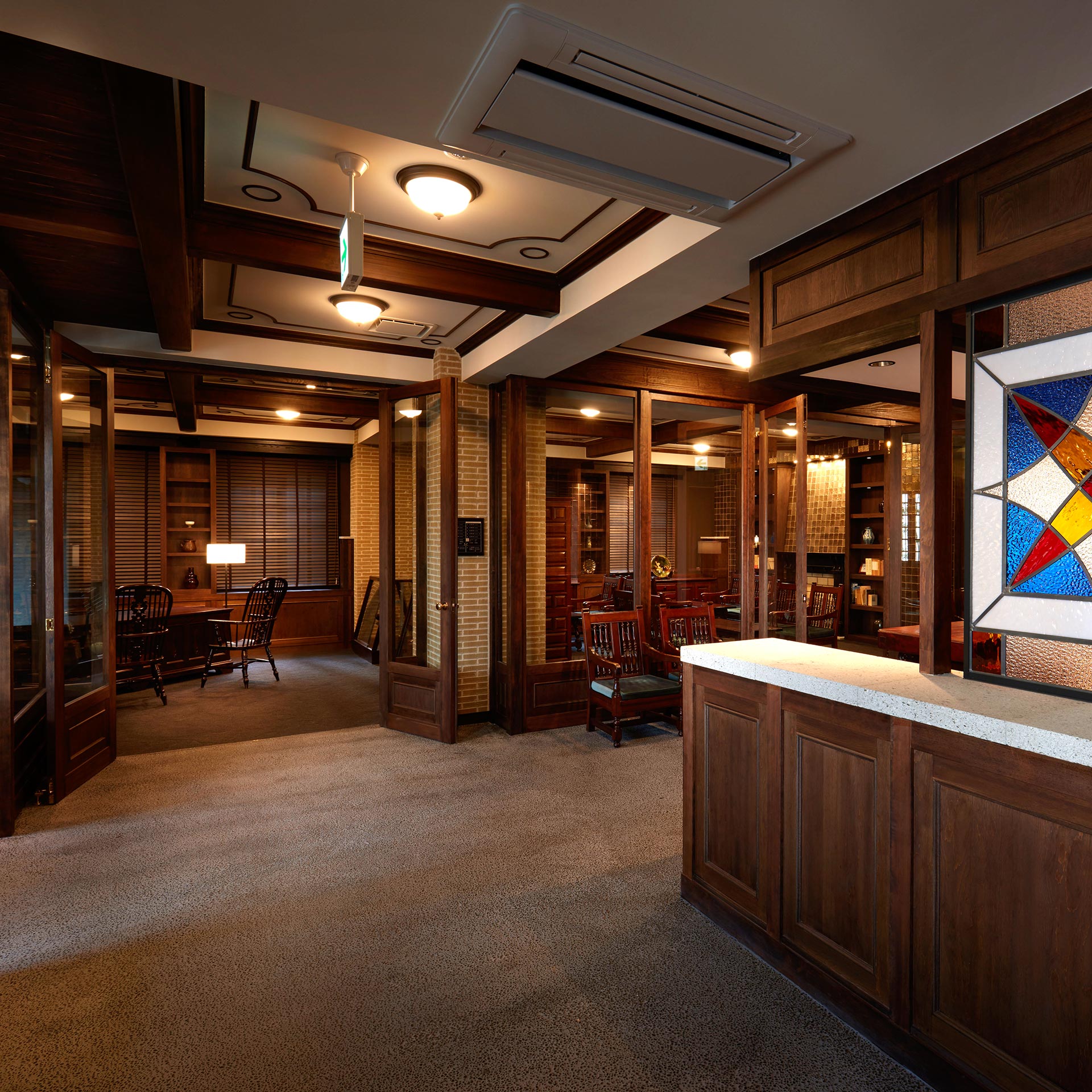 A shopping avenue a short three-minute walk from Matsumoto Castle.

Named from the rope (‘Mizu Nawate’) strung around the outer edge of the castle moat at the time of its construction. It was originally a bank facing the castle but in the 20th year of the Meji era, shops popped up along the bank and in the 12th year of Hesei it became the site of the kajika frog festival celebrating the frogs that were said to be plentiful along the Metoba river in Matsumoto. Because traffic on the road is limited to pedestrians, it is very crowded with tourists on the weekends.

Nakamachi street runs west to east along the Zenkoji road and flourished as wholesale sake brewing and clothing shops gathered on the street. However, in the late Edo period and Meiji era the southern Fukashi area suffered fires that destroyed many homes and shops. In order to provide protection from repeated fires, the craftsmen of the area used ‘Namako’ tile and plaster walls and the classic and characteristic black and white concrete-like designed ‘Namako’ walls can still today be seen in this middle town area of Matsumoto.